Some of the quirkiest cars in the film and TV industry

Film and television is a great show of imagination from both the consumer and the creator’s perspective. This is because it allows people to create an alternative, fiction world that we can consume and relate to. Some films and TV shows show quirkiness and originality through the writing, the characters and the props – this includes the use of vehicles. To celebrate this, we’ve rounded up a few of our favourite quirky vehicles. (We’ve also noticed that most of the vehicles on this list are obnoxiously bright colours, so, you’re welcome!)

This car is truly iconic, it’s particularly noted for its bright green colour with a matte black bonnet. It’s well known for accompanying Mr Bean on his unintentional pursuit of trouble. Whether he was locking it with a padlock or avoiding paying car park fees by trying to leave the car park through the entrance. The car used for most of the series was a 1977 British Leyland Mini Cooper 1000 Mark 4. The green Mini was part of Mr Bean’s identity and really did contribute to the quirkiness of his character. 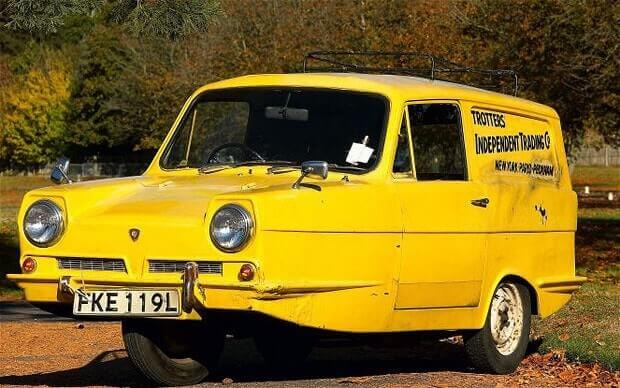 What’s yellow and has three wheels?

Do we really need to say anymore? Only Fools and Horses is a staple to British comedy and featured two lovable, relatable and annoying brothers, Del Boy and Rodney Trotter. The programme is centred around the brothers and their dodgy underground trading company – and their get rich quick schemes don’t always work out. Their business vehicle is a 1968 Reliant Regal van with three wheels. It was painted yellow by the BBC and had the Trotters Independent Trading sign on it. The van recently sold in an auction for over £41,000 and has an MOT until June 2018. It also had 71,778 miles on the clock and also came with the original owners’ logbook. (So, if you spot this on the road you’re probably not imagining things!) 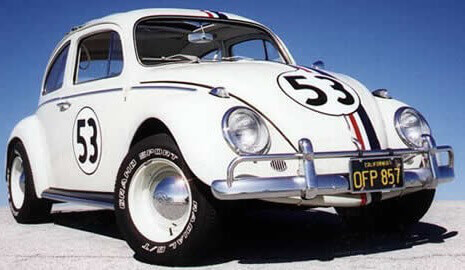 This 1963 vehicle is potentially one of the most well-known of all time. Herbie was used in six films by Disney between 1968 and 2005. It featured in The Love Bug, Herbie Rides Again, Herbie Goes to Monte Carlo, Herbie Goes Bananas, The Love Bug (sequel/remake) and Herbie Fully Loaded. Herbie is known for being able to drive himself and is known for competing in racing competitions too. The design Herbie was known for throughout his films was the 53 sticker on his bonnet. His red, white and blue racing stripes are also iconic. The wonderful thing about Herbie is that his character has been shared with different generations and the whole family can remember watching one of his films while growing up!

So, there you have it, those are three very different, very quirky vehicles that have been used in the film and television industry. They’re iconic for different reasons but the main reason is that they’re used as a prop to make people laugh. (Isn’t it amazing how each vehicle has its own personality too? Or were we the only one who noticed that?)

Need an MOT or a service? Why not use our quick, easy and FREE online booking tool?